How to Measure Incremental Sales from Marketing Campaigns 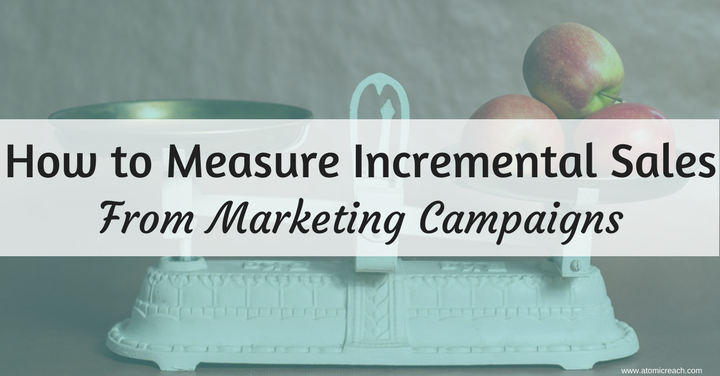 We live in interesting times.

Small businesses and big companies are competing on equal ground when it comes to launching marketing campaigns. Gone are the days when you needed deep pockets to get the attention of potential clients. All you really need is a kickass marketing strategy and a deep knowledge of the best online channel to spend your ad budget.

However, one thing has remained the same. The only successful marketing strategy is one that gets you more sales than if you didn't have one at all. This is the return on ad spend or incremental sales.

It sounds fancy, but incremental sales only means anything over and above what you would have made in the normal course of events. For example, if you're selling frozen pizza online, and you ordinarily sell 10 a day, incremental sales would be any pizza you sell over the 10 a day because of something out of the ordinary, like an ad.

So, if you make more sales today because you ran a promo yesterday, then those extra sales means your marketing campaign was a success, and you rock. If you don't, then you fail at marketing and should never think of doing anything like that again. Simple, right?

The thing is, marketing success is seldom so simple to quantify. Sure, you can add up what your sales was for the same period last year and use that as a base to see if you made more now. It is always important to know where you're coming from before you can move forward. 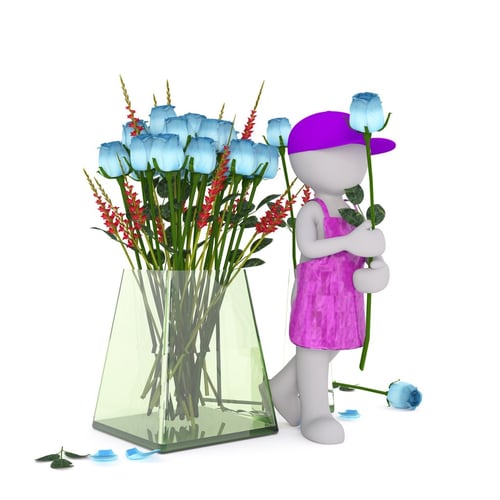 However, many other things may be happening that could affect your incremental sales, and your marketing efforts are just one of them. For example, if you sell flowers, and Valentine's day happens to be just around the corner, you are likely to get a boost in your sales a couple of days before and after February 14. That doesn't mean your marketing campaign was successful.

This doesn't mean you don't need to do any marketing at all. It is perfectly possible that any promotion you offered for that particular period may have helped to boost incremental sales more than you would have if you hadn't offered a promo.

On the other hand, writers from essay services could have created some great content for you to put out a while ago and it only started kicking in just around the time you launched a marketing campaign. You just don't know it for a fact unless you actively identify and measure incremental sales from marketing campaigns. The only way to do that is to have a control group.

What is a control group?

A control group is like a before picture. It is what normally happens based on historical data (your base) until you introduce something new to the mix. When you do something a little different, that becomes the after picture. You can immediately tell the difference when you see them side by side.

The important thing with establishing a control group is that it is exactly like the test group except for that one element, which in the case of incremental sales testing for marketing campaigns is the campaign itself.

You can establish a control group in most cases in two ways: targeting just new users and randomly splitting them into two groups as they land on your page, and random splitting of all users. The control group never sees the ad shown to the test group.

If you have a respectable number of new users visiting the site, the first method is more cost-effective because you can spend just a fraction of what you mean to spend on the ad during testing. On the other hand, a small population will not give you enough data, so if you don't get that many new users to give you a good test run, the second method may be your best bet.

The method you choose will also depend on your goals for the campaign. For example, if you want to retarget existing users, the second method is obviously going to work better.

Also keep in mind that the split doesn't have to be an even one if you have a large number of current and potential users. Remember that you withhold the ad from the control group, so you might be missing out on some real revenue if you do that every time you run tests.

There is no reason why you can't have a small control group that won't generate any income if the numbers are big enough, like say, 300,000 users. In such cases, you can safely use 20% or less for a control group.

How do I set the test goals? 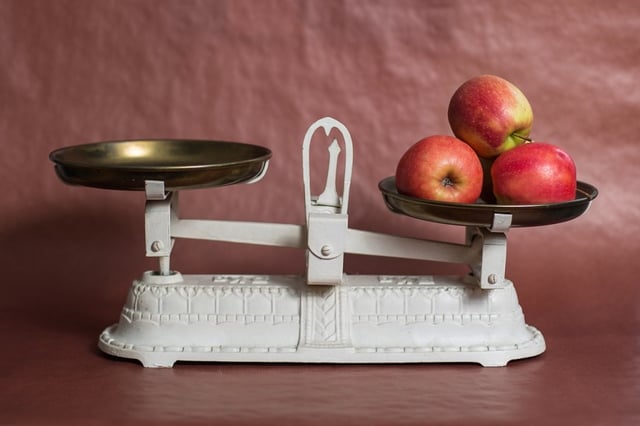 The purpose of measuring incremental sales, of course, is to find out if you are making enough to justify how much you spent on the campaign. Ideally, you want to make more than you spend. However, not all incremental sales will happen immediately after a campaign.

Some campaigns take a while to bear fruit, so you need to make a timeline of the kind of conversions you want for a particular campaign. For example, if your purpose is to sell a lot of your old stock, then your campaign should have a short shelf life, and that is reflected in your expected results. On the other hand, if you want to build brand awareness, you could be looking at a much longer timeline.

You can establish the goals and timeline of your campaign based on the buying behavior of your current buyers, which tells you the typical decision cycle. If you know, for example, that your buyers typically buy on impulse, then you can make an incremental sales test that focuses on the day you posted the ad. In most cases, however, the decision cycle may take longer than that, so establish a test that encompasses one decision cycle or two.

The important thing to remember is that you may have to carry out several tests on small groups before you can have reliable results. Some tests may give you dramatic jumps up or down that may not be how it will look when you go full blast on your campaign. If you carry out two or more tests over different periods (allowing for seasonal or other factors) that show the same results, then you can say "This is what is going to happen."

Marketing campaigns have become much more cost-effective, which is good news for small business owners. However, they still cost money, so you want to make sure you maximize your ad spending by measuring incremental sales for each campaign before you do a full launch.

It may be a lot of trouble at first, but if you do find a campaign that yields great results, you can take a formulaic approach to future campaigns and reasonably expect it to work as well.

Michael is the Content Strategist at Atomic Reach, an all-in-one enterprise platform built to boost content performance. He is on a mission to empower marketers with actionable data so they make more informed decisions about their content strategy. 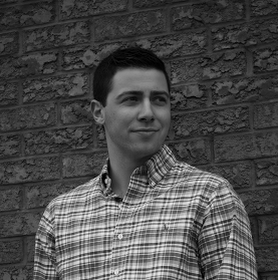 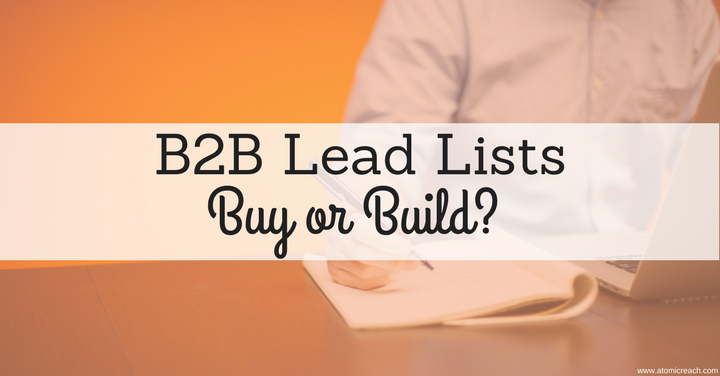 The success of your outbound marketing campaign hinges on the quality of your lead list. This might sound cliché but considering the staggering...
END_OF_DOCUMENT_TOKEN_TO_BE_REPLACED 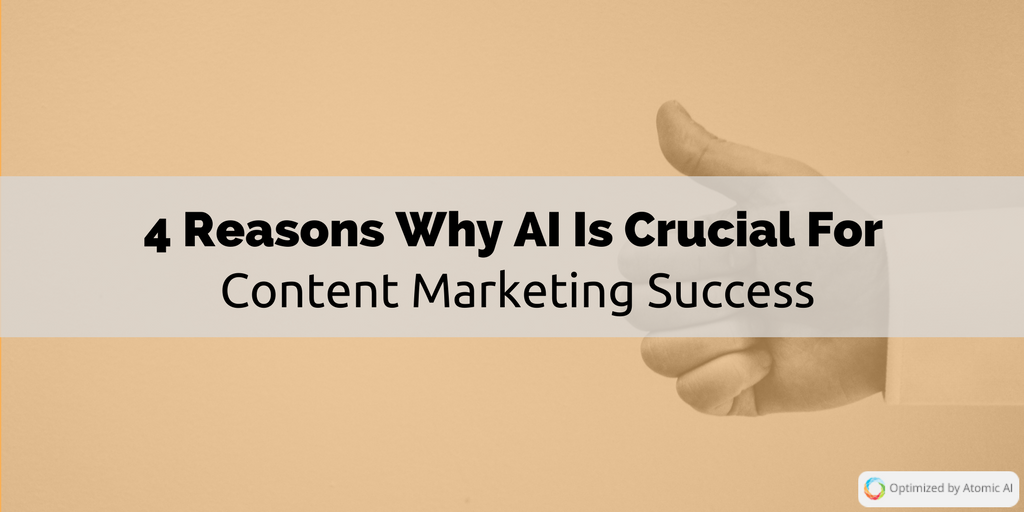 4 Reasons Why AI is Crucial to Your Content Marketing Success

4 Reasons Why AI is Crucial to Your Content Marketing Success

In 2016, a combined B2B content marketing study by CMI and MarketingProfs found a shocking gap between content creators and their target audience. ...
END_OF_DOCUMENT_TOKEN_TO_BE_REPLACED 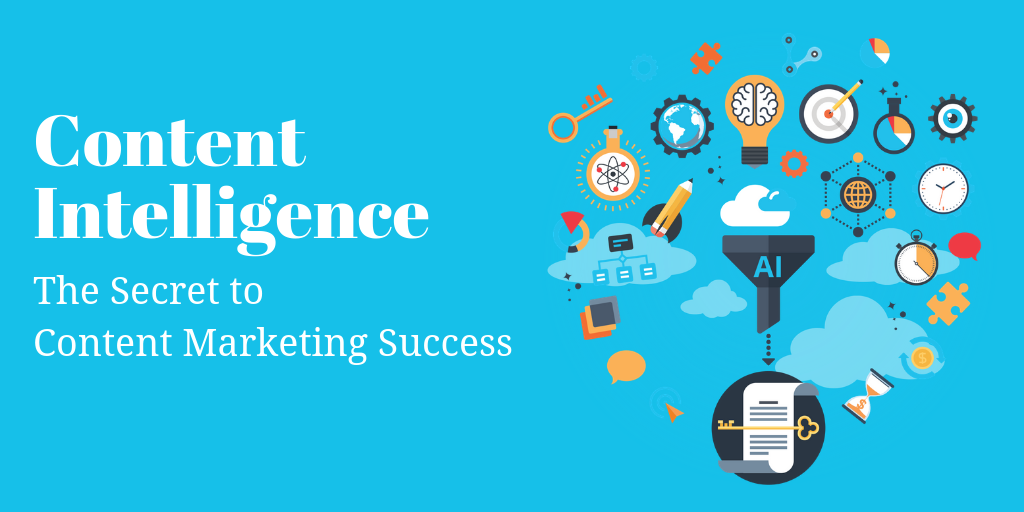 If content marketers thought marketing couldn’t get any more technologically advanced, they were sadly mistaken. Content Marketing has gone through...
END_OF_DOCUMENT_TOKEN_TO_BE_REPLACED

Use AI to refine and optimize your content for the KPIs that matter most to you.